Guardoilvento is the wine dedicated to Dante Albieri (Graphic), Maria de Ferraris (Artist), Francesco Antonelli (Navigator and Writer). The name of the wine, which means ‘looking at the wind’, represents the image of the vine cultivated in Alberello that is crossed in all directions by the wind, sometimes gently caressed to give relief, sometimes lashed by a violent force. Aged for 8 months in French barrels before bottling.

Guardoilvento expresses the character of the altitude and of the black stony earth where it was born on the slopes of a volcano. Mt. Etna is located on the eastern side of Sicily and is the largest active volcano in Europe. The Nerello Mascalese grape variety is rarely found outside of the Mt. Etna area and is one of the few wines to be considered light bodied like Pinot Noir and Gamay. This wine pairs well with pork, chicken, veal, salmon, greens,

The Caciorgna family farm has been established outside of Sienna, Tuscany since 1953 and is currently operated by Paolo Caciorgna. They are firm believers in organic viticulture and that the quality of their wines starts in the vineyards and that is where they concentrate their greatest manual efforts. The cellar allows for first preservation and then enhancement of their wines. 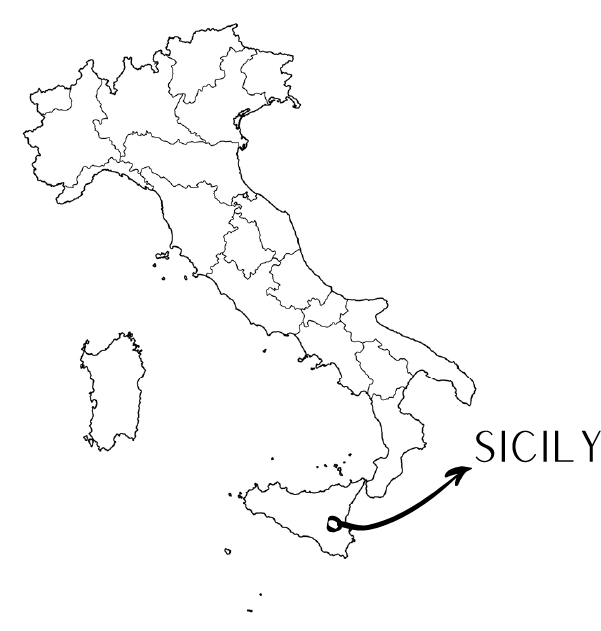